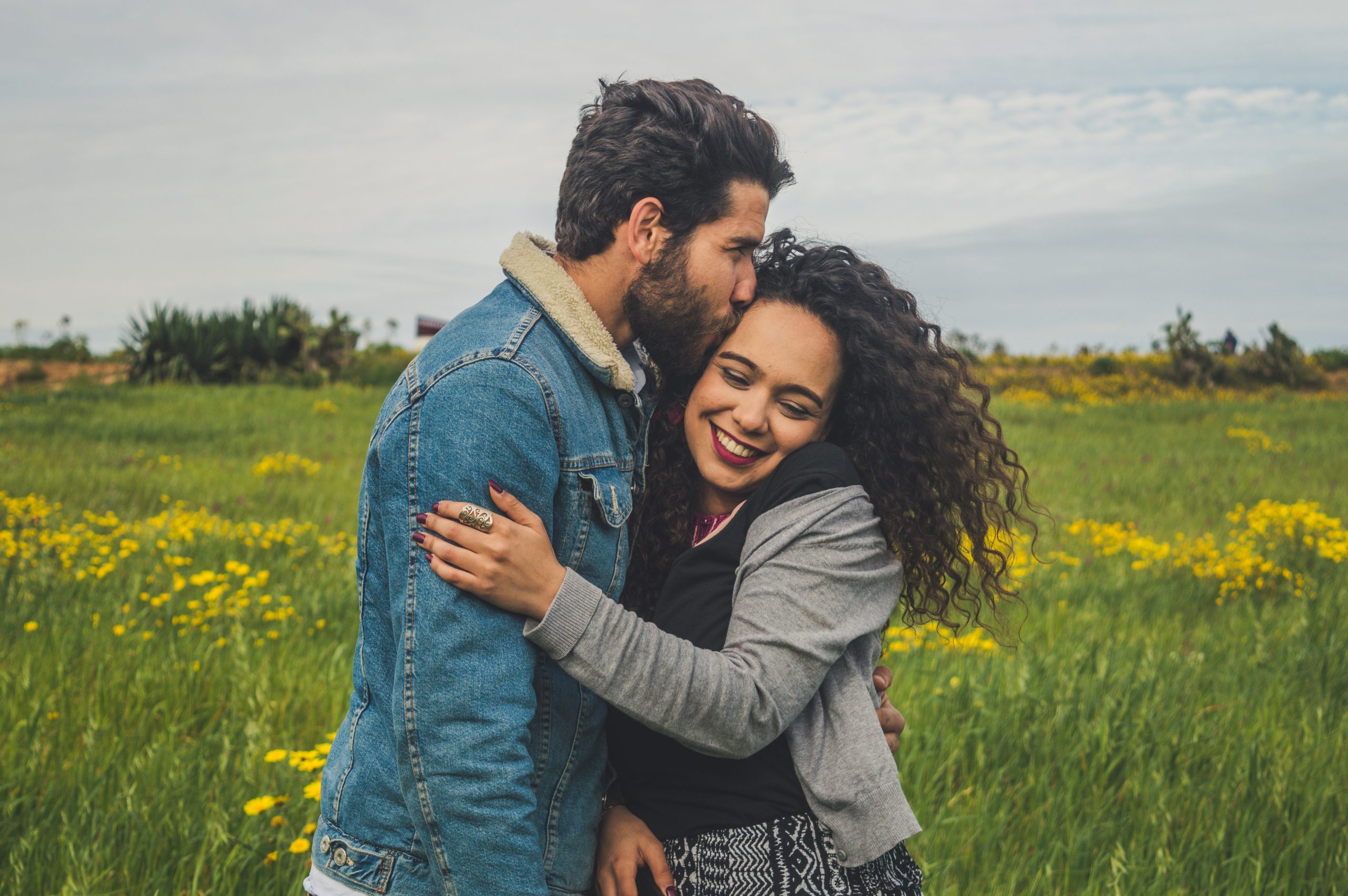 Cultivating curiosity is the first key to an intimate marriage, one rich with meaning and emotional intimacy. But what does that actually mean?

Remember the line from the film Ferris Bueller’s Day Off? It goes like this, “Life moves pretty fast. If you don’t stop and look around once in a while, you could miss it.”

That is spot on and being curious is one way to look around and see what’s really happening.

To understand this better, I invite you to think back to the experience of being in love early on in your relationship.

Perhaps you’ve had this experience, or maybe you haven’t, but either way you can imagine how it feels when you are tingling with excitement and feeling completely fascinated by the person you are in love with. It’s amazing to feel this way.

While each relationship is unique, there are a few universal qualities each couple experiences while thoroughly in love, and one of those is the feeling of insatiable delight and curiosity. Because when you are in love, you just can’t get enough of the other person. Questions abound! You just want time to stop so you can ask every one as it occurs to you, and you want the time to hear each answer.

What was your favorite vegetable when you were in kindergarten? What did you want to be when you grew up? What was your favorite rock band? What is the wildest thing you’ve ever done? What drugs have you taken? What countries have you traveled to? If you were president – which policies would you change? And which new ones would you implement? If you could have anything in the world, what are some of your biggest desires? What else do you want me to know about you?

The things you want to know can go on and on, but the important thing to notice is that when you are in love like this, you are filled with interest, fascination, and curiosity about your partner.

Then, over time, something changes, and you get comfortable.

This is not to say being comfortable and secure is bad – in fact it’s beautiful when you know your partner so well that you know what they would order at the local ice cream shop, or which beverage to pick up for them at Starbucks. It’s  comforting to know the answers to such questions because that means you are in sync with one another–it’s lovely when you know each other so well that you don’t even have to ask the questions anymore.

With feeling this kind of comfort and familiarity, you probably found yourself past the beautiful sense of being in love and filled with curiosity, to now allow yourself to put attention on other things.

While stability and constancy are actually quite nourishing, when we become so comfortable and secure with one another, it’s common for couples to start to take one another for granted. Other things vie for your attention and so you attend to them. You walk the dog, fill out the loan application, keep track of kids’ homework, confirm the gardener, and of course throw yourself into responsibilities at work, and in the process you end up having fewer questions and less curiosity.

This usually continues for weeks, months, years, and even decades – and it has very real consequences!

As time moves along, both partners grow and change and are no longer who they were when they first got together. With new experiences, new challenges, new hopes, dreams, desires, and ways of thinking about things, come new answers to the old questions.  Embracing this reality is VITAL to success in a long lasting relationship. Ignore it at your peril, because with attention on other things and diminished interest and curiosity about one another, disconnection and feeling unseen by your partner inevitably follow.

The singular remedy to this phase is to Cultivate Curiosity. Ask open ended questions and listen generously to the answers. It truly is the secret sauce to reconnection and deepening emotional intimacy.

One of my favorite examples of a couple who cultivated curiosity had been married for 18 years when I first met them. They adored one another, and when they first married, his libido was higher. He often initiated their intimacy and that worked well for both of them. However, when they were in their 40s, her libido surpassed his – and his seemed to taper down to zero.

When I first began coaching them, they hadn’t had sex in nine months.

In the course of speaking with each of them separately, I learned that they had each been suffering on their own and hadn’t actually spoken about what was happening (or rather what wasn’t happening).

She had concluded that she was less attractive and was concerned about aging.  She was sure they were not having sex because he was no longer attracted to her.

As it turns out, he actually found her super hot and attractive, and really did want to make love with her!

Despite the fact that he wanted to be having sex with her and found her very beautiful and attractive, he opted not to.

Because it was more painful for him to get started, and risk not being able to complete with the prowess to which he had been accustomed. He was overwhelmed by feeling inadequate about his performance. As a result he just stopped initiating, rejected her invitations and, eventually, she stopped initiating as well.

Was he happy about it? No, he definitely wasn’t. But was it more comfortable for him to be unavailable than to potentially have awkward moments feeling inadequate with the woman he loved. Absolutely, that was far more tolerable.

Because neither one of them had spoken about this, they each had a different story running in their heads. Each one believed their own story and felt frustrated by the situation, with no idea about how to improve it. Because neither was curious and neither was asking open-ended questions, they had no way to realize that each of the stories they were telling themselves were actually false.

In the context of coaching them, I guided her to say, “I’m concerned that the reason you’re not interested in sex, is because you’re not attracted to me anymore. Is that true?” His response was one of shock. It never occurred to him that she would be thinking this because it was so far from his reality.

Naturally, he said, “No, babe, you are amazing. I am so proud to be your husband. I am so lucky. You are the most attractive woman I know. I think about you often and it’s not that you’re not attractive.”  Her next response was a reasonable one, “well, what is it then?”  I coached her so she could say this in a way that would make it comfortable for him to answer.

His answer, while I’m sure very emotionally complex to share, was actually quite simple:

Well, 10 months ago, the last times we did have sex, I lost my erection. And I just felt so badly about that. And I didn’t know how to discuss it with you. And so now, it seems kind of ridiculous. But all this time, I thought it was simpler not to have sex than to have to disappoint you in that way and I feel badly about it.

Then something remarkable happened – her whole posture changed.

She went from feeling rejected and defensive, to having so much compassion for him. She could now see that he wanted her to have pleasure and that is why he had rejected her all these months.

Their exchange was powerful and they felt capable of having it because I was coaching them. But curiosity can be much simpler, and easier too.

Play with cultivating curiosity, and see what opens up for you. It’s likely is that you will find curiosity leads to connection, collaboration, and very often some wonderful creative solutions to whatever’s happening in the moment.

Listen for more on this topic on this episode of The Intimate Marriage Podcast here.

I want more emotional intimacy for all couples, including you. I hope you cultivate curiosity, ask your partner some open-ended questions, and then reach out to me to tell me how it went. I can help you create the deliciousness & joy of a growth-oriented, passionate relationship.

In the meantime, if you want to know more about how to stoke the passion in your relationship, read my book Uncompromising Intimacy.

Or you can learn more about Intimacy Coaching in long term relationships here. 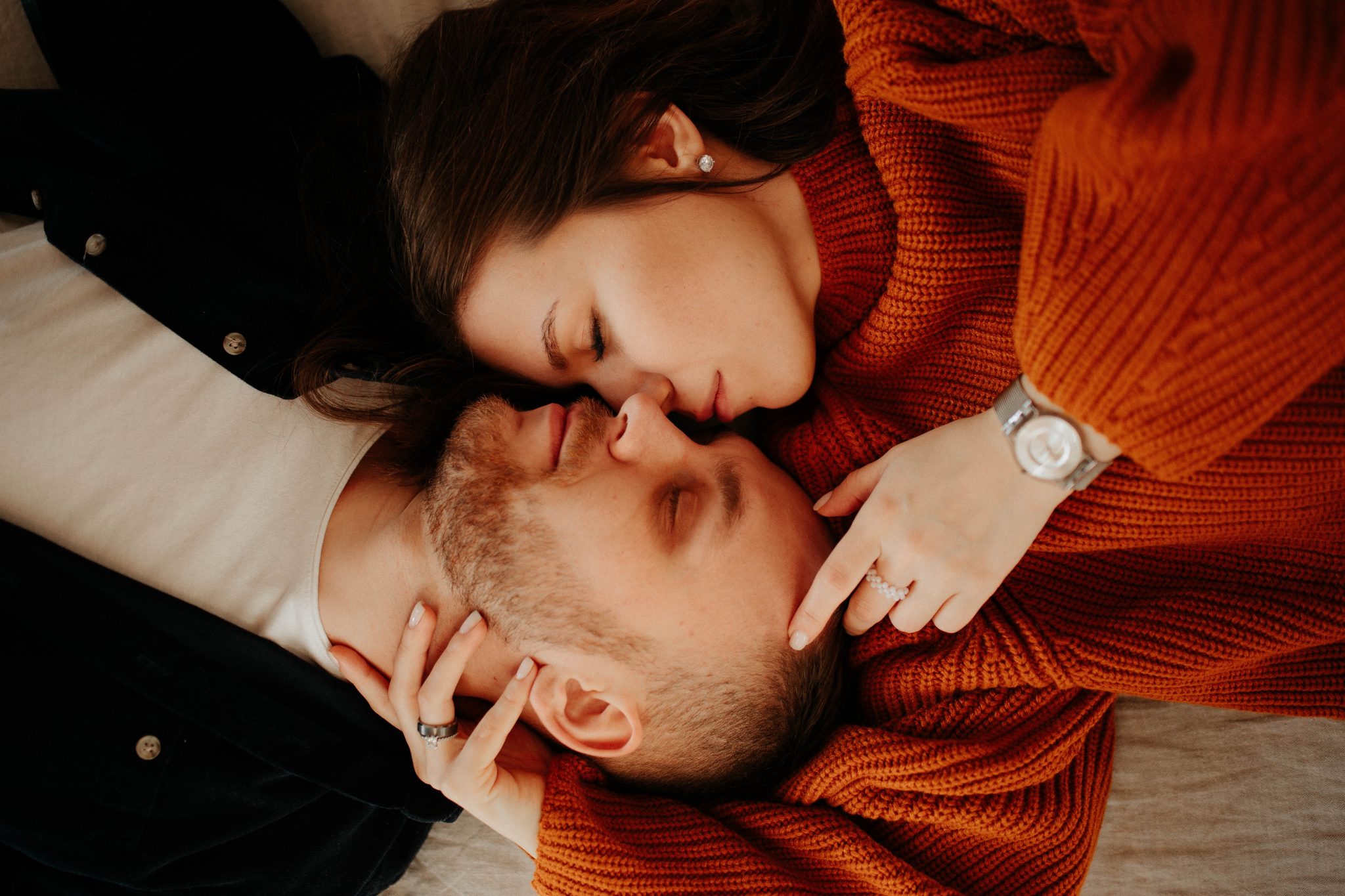 Intimate Relationships Are The Spice Of Life 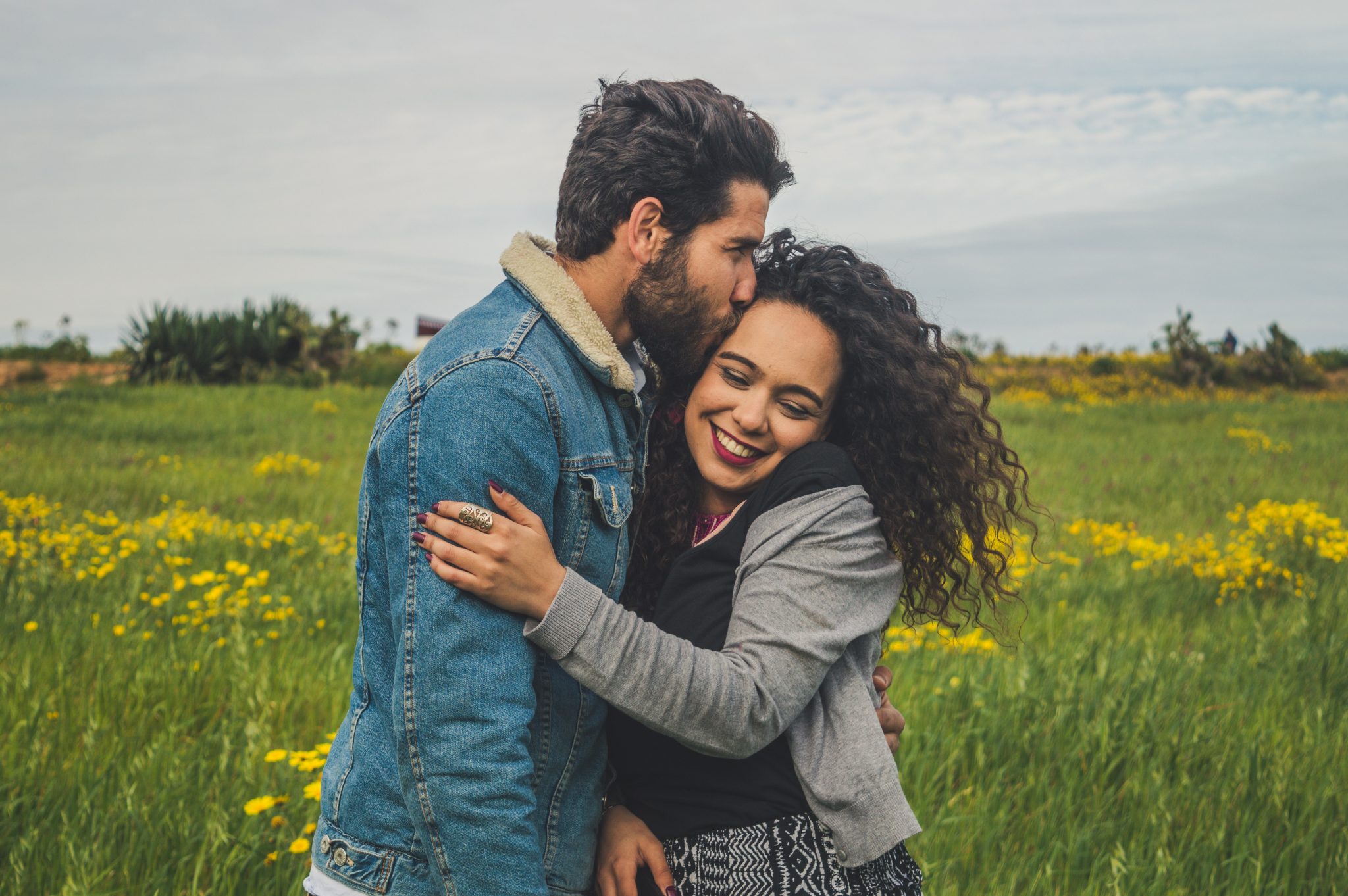 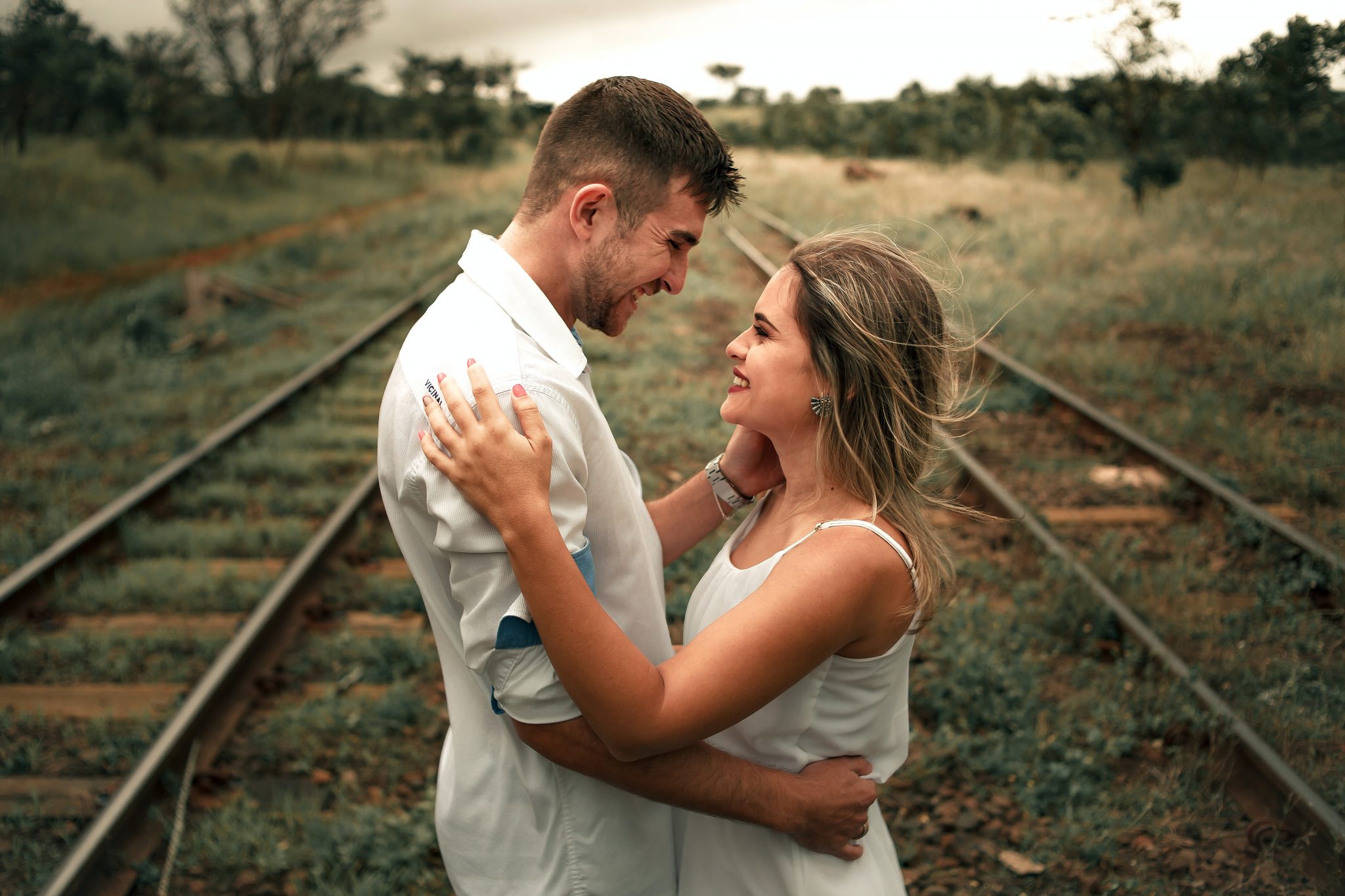